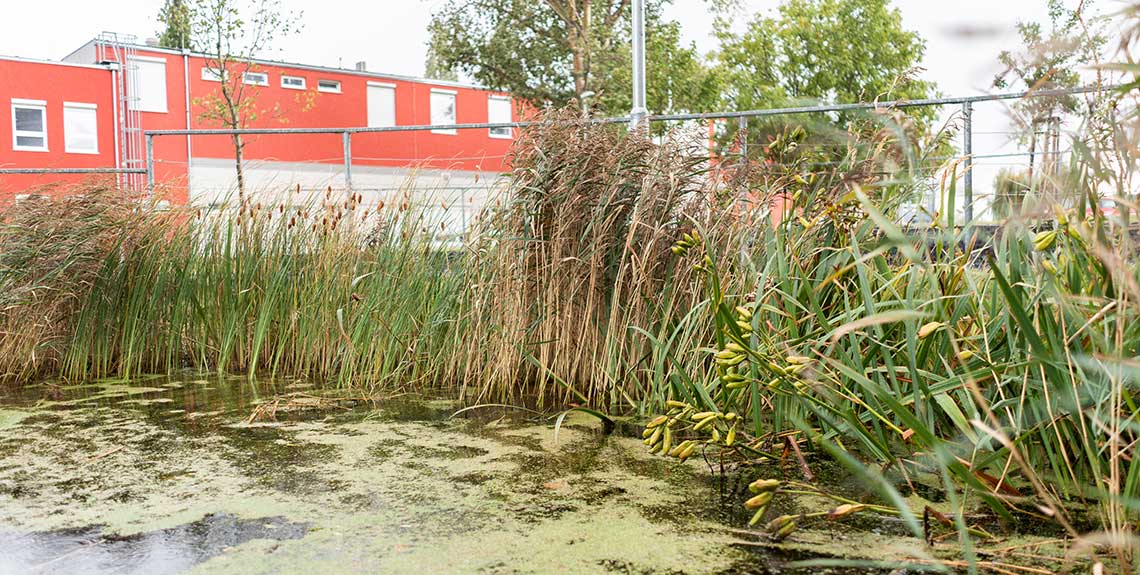 Water is becoming a scarce resource due to climate change. We are already preparing for the fact that it will rain less often in the future, but that much more intensively. It will therefore be necessary to learn to manage water better, to retain it in the landscape and consume less of it. Last year, CZU founded the Center for Water, Land and Landscape to provide solutions to the consequences of unevenly distributed rainfall.

However, the university is not lagging behind in campus activities. The campus has a relatively large proportion of greenery compared to the built-up area. In addition, many buildings have so-called green roofs, or gardens on roofs and terraces that retain part of water during rain. At present, it is possible to find green roofs on the MCEV II building and the high-tech pavilion and energy center (located between the auditorium and FTZ). Other green roofs are already being built on the new auditorium and new FTZ buildings.

Another example of water management is water retention. The campus is already collecting rainwater from the MCEV II building, where it is drained into a nearby wetland. The water serves as a reservoir for firefighting purposes and if it is retained, it gradually seeps into the soil.

Rainwater is also collected at the PEF CEMS II building. The water is subsequently retained in the ground pit and is used for watering part of the outdoor planting. In the case of the High-tech building, the green roof ensures the accumulation. Excess water flows into the underground retention tank, where it gradually seeps into the soil.

Buildings that are currently under construction are heading in the same direction. The new auditorium building will also hold water once again. Underground pits have been built for this purpose. The water will be used for flushing toilets and watering the aforementioned green roofs.

The new FTZ building will have a rainwater collection system connected to the sumps and retention tank. The water from the sumps will be used for watering and, if there is too much of it during the rainy season, it will be poured into retention vessels, from where it will gradually seep.

Rainwater collection and use is also foreseen for a number of other buildings that are planned to be built or reconstructed on the campus. There will thus be much more retained rainwater used as grey water or for watering in the future.